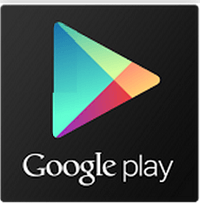 For a limited time, get a $50 Credit to Google Play with Google Nexus 6P/5X. Just purchase either the Nexus 6P or the Nexus 5X smart phones by October 25, 2015 to receive an email with a Google Play promotional credit once your order ships. Google Play credit must be added to a Google Wallet account by December 31, 2015 and used by October 25, 2016. New subscribers can get 90s days free of Google Play Music. After the trial period, continue your subscription for $9.99 month.

Get a Promotional $50 Google Play Credit:

You can get the free $50 Credit to Google Play with Google Nexus 6P/5X purchase, so now may be a good time to get a new smartphone in you happen to be in the market for one. Or if you just want to upgrade a current phone, if you are still using the Razor flip, I’d say go for it! Makes texting a lot easier! Check out more ways to Save Money Online!