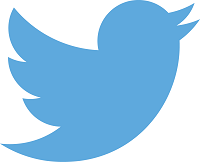 Are you a resident of California as of Oct.27, 2015 and used Twitter on or before Nov. 18, 2009? If so, then you might be eligible for a potential award in the California Twitter Class Action Settlement. According to the lawsuit, Twitter was alleging violating users privacy rights by disclosing the full names provided by users without a warning, sharing users’ public Tweets and public profile information with their parties without providing them with adequate disclosure, and by failing to adequately inform twitter users that their tweets may be made public by default. Twitter denies any allegations, however, they have agreed to settle the class action lawsuit to avoid the expenses and uncertainty of trial. If you wish to opt out of this Class Action Lawsuit, you must do so before March 11, 2016.

If you are a resident of California as of Oct.27, 2015 and used Twitter on or before Nov. 18, 2009, then you are eligible for a potential award under the California Twitter Class Action Settlement. Although, you will not be receiving any cash, twitter established a fund of approximately $2.7 million in which they plan on distributing to non-profit organizations in California that promote the causes of education and policy related to online privacy, security and safety. Also, take a look at our full list of Class Action Lawsuit Settlements!