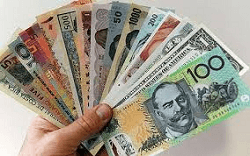 Those who entered into a foreign exchange instrument that dealt with a defendant that was living within the United States, and its territories or outside of the country may be eligible for a potential award from the Foreign Exchange Antitrust Class Action Lawsuit! According to the lawsuit, plaintiffs claim that the defendants of this case are allegedly conspiring to fix prices in the foreign exchange market by fixing the FX Benchmark Rates paid by those who entered into the foreign exchange instrument which would result in class members paying supra-competitive prices for foreign exchange transactions. The defendants deny the allegation and maintain that they have done nothing wrong but have agreed to settle the class action lawsuit in order to avoid ongoing litigation and expenses. If you’re eligible, submit a claim form by February 22, 2018!