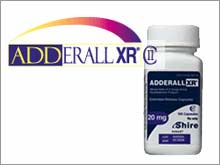 If you bought Adderall XR between the dates of January 1st, 2017 to April 11th, 2016, you are eligible for a potential award of $16 per bottle from the manufacturer of Adderall XR. The manufacturer of Adderall has agreed to pay $14.75 million to resolve any allegations that the company purposely delayed the availability of the medication. Adderall denies the allegations but agreed to settle the lawsuit in order to avoid the cost of further litigation. Eligible class members must file a claim by October 7th, 2016 to receive a potential reward.

You may be a class action member of the Adderall XR Class Action Lawsuit if you legally purchase Adderall XR in the participating states. If you are eligible, you have a potential to receive a reward of $16 per bottle. According to the lawsuit, Adderall XR delayed the availability of the generic version of the medication to the public. Shire denied these allegations but agreed to settle their class action lawsuit to avoid raising the cost of going to trial. So if you think you’re an eligible class member, file a claim by 10/7/2016 to receive your award. Don’t forget to take a look at our full list of Class Action Lawsuit Settlements!