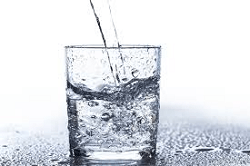 Did you happen to live in the City of Roxana Illinois? Residents who lived in the area from Jan. 1, 1986 and Aug. 30, 2017, may be eligible for a potential award from the Roxana Groundwater Contamination Class Action Lawsuit! According to the lawsuit, Shell, ConocoPhilips and other involved corporations had been allegedly releasing contaminants from Wood River Refinery effecting a fourth of the population. These contaminants allegedly contaminated the local groundwater. Shell and ConocoPhilips do not admit to any fault and deny the allegations but has agreed to settle the class action lawsuit in order to avoid the expense of ongoing litigation. If you’re eligible, submit a claim form by October 16, 2017!

Individuals who lived in Roxana, Illinois between Jan. 1, 1986 and Aug. 30, 2017, may be eligible for a potential award from the Roxana Groundwater Contamination Class Action Lawsuit. According to the lawsuit, Shell and ConocoPhilips had allegedly released several kinds of toxic chemicals into the local air and water. If you were one of the affected, simply file a claim for a potential award by October 16, 2017! Don’t forget to take a look at our full list of Class Action Lawsuit Settlements!