You are here: Home / Archives for Truvia Natural Sweetener 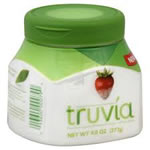 If you bought Truvia Natural sweeteners between July 1, 2008 and July 24, 2014, you can get up to $45 cash or $90 in Truvia product vouchers good until 12/5/2014. The class action lawsuits alleged that Truvia natural sweeteners were not so “natural” because they contained ingredients that were highly processed and/or derived from genetically modified organisms. The lawsuits alleged that the descriptions of the Truvia products were inaccurate or misleading and violated the consumer protection and breach of warranty laws of several states. Truvia products qualify for this class action lawsuit include Truvia natural sweetener in packet, spoonable jar, and baking blend forms, of any size or quantity. No proof of purchase is necessary to file a claim.

Even through Cargill(Truvia’s parent company) agreed to settle the false advertising class action lawsuit, they denies that its marketing, advertising and/or labeling of Truvia is false, misleading or deceptive to consumers or that it violates any laws. They also agreed to make certain changes to the labels of its Truvia products. File your Truvia class action settlement to get up to $45 cash or $90 in Truvia product vouches. See our full list of Class Action Lawsuit Settlements!