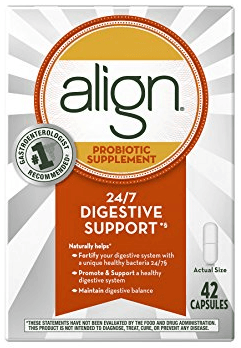 For individuals who have purchased Align probiotic supplements between the dates of March 1, 2009 through June 6, 2016, you may be eligible for a potential reward from the Align Probiotic Clinically Proven Class Action Lawsuit! According to the lawsuit, Proctor & Gamble advertised Align probiotic supplements as having “clinically proven” digestive health benefits without providing clinical data to prove such claim. These false claims mentioned that Align had the ability to build and maintain a healthy digestive system, restore your natural digestive balance, and protect against occasional digestive upsets. Proctor & Gamble denies all ongoing acts of allegations, however, they have agreed to settle the class-action lawsuit in order to avoid the further risk and cost of ongoing litigation. If you are eligible, file a claim by May 16, 2018 to receive your potential award!

For individuals who have purchased Align probiotic supplements from March 1, 2009 through June 6, 2016, you’re eligible for a potential award from the Align Probiotic Clinically Proven Class Action Lawsuit! According to this lawsuit, Proctor & Gamble falsely claimed it had clinical proof that Align had digestive health benefits, without the clinical data to prove such claims. With this class action lawsuit, $15 million will be used to reimburse Class Members, and Procter & Gamble has agreed to stop using the term “clinically proven” on its Align probiotic products until new data supports the digestive relief claims. If you’re eligible, be sure to file a claim by May 16, 2018 to receive your potential award! Don’t forget to take a look at our full list of Class Action Lawsuit Settlements!