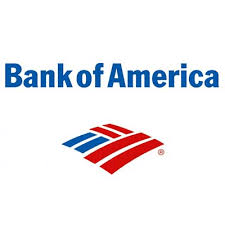 To anyone in the United States who has banked at Bank of America and had their credit reports pulled, with the purpose of a “soft inquiry”, you may be eligible for a potential award from the Bank of America Unauthorized Credit Report Class Action Lawsuit! According to the lawsuit, Bank of America had been violating the FCRA by pulling their client’s credit reports after their banking relationship had ended without their consent or knowledge. Bank of America continues to deny the allegations, but has agreed to settle the class action lawsuit, If you’re eligible, submit a claim form by November 14, 2017!

If you have been having a hard time dealing with your credit reports in relation to Bank of America, you may be eligible for a potential award from the Bank of America Unauthorized Credit Report Class Action Lawsuit. According to the lawsuit, Bank of America’s pulling of their client’s credit reports has allegedly not fallen within the limited amount of permissible purposes under the FCRA. If you have recently been frustrated with Bank of America after ending your banking relationship, file a claim for a potential award by November 14, 2017! Don’t forget to take a look at our full list of Class Action Lawsuit Settlements!