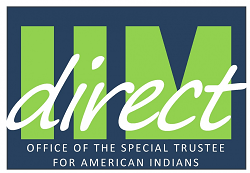 If you are part of one of the Indian tribes across the country that held a Indian Money Market account, and/or had land held in trust or restricted status by the United States government as of September 30, 2009 you may be eligible for a potential award from the Indian Trust Class Action Lawsuit! According to the lawsuit, the federal government allegedly violated it’s duties to individual Indian trust beneficiaries by not providing proper historical accounting relating to IIM accounts as well as mismanaging individual Indian trust funds and trust responsibilities of managing the land and it’s resources. The federal government denies all claims and maintain that they have done nothing wrong and owe nothing but have agreed to settle the class action lawsuit in order to avoid ongoing litigation and expenses. If you’re eligible, submit a claim form by November 27, 2017!

Individuals that are part of a Indian tribe that span across the country that feel that the federal government  violated it’s trust duties may be eligible for a potential award from the Indian Trust Class Action Lawsuit. According to the lawsuit, the plaintiffs argue that the federal government violated and mismanaged their IIM and other trust accounts, including trust that was tied to land and it’s natural resources. If you have been a part of an Indian tribe you may be eligible for a potential award by November 27, 2017! Don’t forget to take a look at our full list of Class Action Lawsuit Settlements!