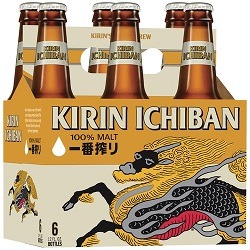 Those that bought Kirin Ichiban beer or Kirin Light beer between October 25, 2009, to December 17, 2014 may be entitled to up to $12 with no proof of purchase or up to $50 with receipts. The class action lawsuit against Anheuser-Busch Cos. LLC alleges the company gave the impression its Kirin Ichiban beer is brewed and imported from Japan, whereas it was made in the United States.

Busch has agreed to now print the following statement: “Brewed under Kirin’s strict supervision by Anheuser-Busch in Los Angeles, CA and Williamsburg, VA.” However, they deny the allegations in the Kirin class action lawsuit but agreed to settle the class action lawsuit to avoid the cost and risk of trial. See our full list of Class Action Lawsuits Settlement!

HSBC Premier Checking Up To $600 Cash Back Bonus or $450 Offer (Available Online, Nationwide)