You are here: Home / Archives for BOKF Overdraft Fees 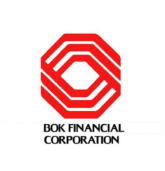 For individuals that paid overdraft fees to one or more of BOKF’s subsidiary banks between September 1, 2011 to July 8, 2014, a potential award can be received from the BOKF Overdraft Fees Class Action Lawsuit! According to the lawsuit, BOKF allegedly posted debit card transactions improperly (in order of the highest to the lowest amount) to increase the amount of overdraft fees it would cost the account holder. BOKF denies all acts of allegations, however, they have agreed to settle the class-action lawsuit in order to avoid the further risk and cost of ongoing litigation. So if you have been affected by the overdraft fees by BOKF’s subsidiary banks, then you can receive compensation as a reward!