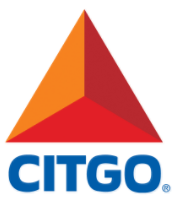 If you were sent a text message in relation to CITGO Petroleum Corporation Inc. anytime during August, October, and/or November you may be eligible for a potential award from the CITGO Unwanted Texts Class Action Lawsuit! According to the lawsuit, CITGO had allegedly sent out text messages regarding promotion of sweepstakes contests without a prior written consent. These text messages were sent in part due to recipients previously entering past CITGO-sponsored sweepstakes contests. Both parties have agreed to settle the class action lawsuit. If you’re eligible, submit a claim form by December 14, 2017!

Individuals who received unwanted text messages from CITGO during August, October, and/or November of 2016 may be eligible for a potential award from the CITGO Unwanted Texts Class Action Lawsuit. According to the lawsuit, the plaintiff had agreed to receive a text message in regards to sweepstakes that he personally partook on but did not agree to receiving text messages regarding future events. If you were one of the approximately 93,000 customers who partook in previous sweepstakes, simply file a claim for a potential award by December 14, 2017! Don’t forget to take a look at our full list of Class Action Lawsuit Settlements!