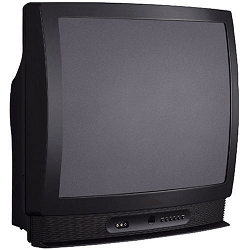 Illinois residents, do you still own a TV that contains a cathode ray tube? If so you may be eligible for a potential award from the Illinois CRT Television Monitors Class Action Lawsuit! According to the lawsuit, the defendants of the case were in engaged in a conspiracy to fix, raise, maintain, or stabilize prices of the cathode ray tubes. The defendants deny any wrongdoings but have agreed to settle the lawsuit to avoid the burden and expense of ongoing litigation. If you’re eligible, submit a claim form to receive your potential award by July 12, 2018!

Recently, it was discovered that there was an allegation towards TV makers where their TVs contained cathode ray tubes. If you are an Illinois resident, you may be eligible for a potential award from the Illinois CRT Television Monitors Class Action Lawsuit. According to the lawsuit, if you purchased a cathode ray tube TV between March 1, 1995 and Nov. 25, 2007 you may have been overcharged. If you feel betrayed and deceived I recommend taking the time to send in a claim form in order to gain such cash back! Those eligible should expect a potential award by July 12, 2018! If you aren’t from Illinois or own these older model of TVs take a look at our full list of Class Action Lawsuit Settlements!