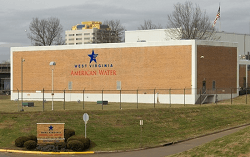 If your residence, business, government, or church is located in an address that is served and maintained by West Virginia American’s Kanawha Valley Water Treatment Plant on Jan. 9, 2014, you may be eligible for a potential award from the West Virginia Water Contamination Class Action Lawsuit! According to the lawsuit, Freedom Industries tank farm experienced a chemical leak. The leak resulted in 200,000 residential and business water users to be affected. American Water and Eastman deny any wrongdoing but have agreed to settle the Class Action Lawsuit in order to avoid the burden and expense of ongoing litigation. If you’re eligible, submit a claim form by either February 21, 2018 based on your eligibility!

Those who had their tap water contaminated or shut down due to a chemical leak may be eligible for a potential award from the West Virginia Water Contamination Class Action Lawsuit. According to the lawsuit, a chemical leak from Freedom Industries caused a hazard and inconvenienced those affected by the leak. If you were affected by the chemical leak simply file a claim for a potential award by either February 21, 2018 based on your eligibility! Don’t forget to take a look at our full list of Class Action Lawsuit Settlements!