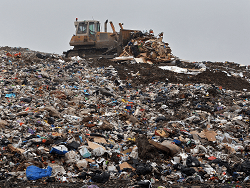 Michiganders that live in Salem and in vicinity of the Arbor Hills landfill may be eligible for a potential award from the Arbor Hills Landfill Class Action Lawsuit! According to the lawsuit, plaintiffs claim that the Arbor Hills Landfill emits an overwhelming odor that smells “very strong, gassy, rotten egg, rotting garbage, putrid odor”. Currently BFI Waste Systems of North America LLC and Allied Waste Industries Inc. run a landfill gas collection system that could be the cause of the strong odor. The defendants continue to deny the allegations, however they have agreed to settle the class action lawsuit. If you’re eligible, submit a claim form by October 23, 2017!

If you live in Salem and are worried about a strong smell coming from the Arbor Hills Landfill, you may be eligible for a potential award from the Arbor Hills Landfill Class Action Lawsuit. According to the lawsuit, BFI Waste Systems of North America LLC and Allied Waste Industries Inc. operate a landfill gas collection that is most likely the source of a strong and pungent odor. Plaintiffs say they and many of their fellow neighbors have filed complaints about the smell with the Michigan Department of Environmental Quality If you were affected by this flawed protection service, simply file a claim for a potential award by October 23, 2017! Don’t forget to take a look at our full list of Class Action Lawsuit Settlements!