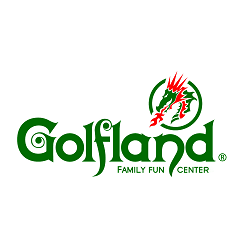 Golfland employees that worked as non-exempt lifeguards may be eligible for a potential award from the California Golfland Lifeguards Wage Class Action Lawsuit! According to the lawsuit, Golfland allegedly failed to properly compensate some of their lifeguards for all hours worked, including overtime pay. Plaintiffs further claim that Golfland had failed to provide accurate payrolls and maintain records under California law. Golfland denies the allegations and maintains that they have properly paid their lifeguards for all hours worked, and that they did not break any California laws, but have agreed to settle the lawsuit to avoid the burden and expense of ongoing litigation. If you’re eligible, a potential award will be automatically sent to you, but if you decide to be excluded from this Class Action Lawsuit you have until December 14, 2017!

Do you remember vaguely, or vividly, of not being properly paid for your hard work as a lifeguard at a California Golfland? Well then hurry over and read over to learn how to earn a potential award for the California Golfland Lifeguards Wage Class Action Lawsuit. Trust me when I say that protecting lives is hard-work and a humbling experience but sometimes it’s nice to get paid appropriately too! If you’re eligible for this award, you’ll be receiving the award soon enough but if you would like to be excluded from this lawsuit then be sure to send in an exclusion form by December 14, 2017! If you are enticed by this lawsuit but it doesn’t apply to you, be sure to look at our full list of Class Action Lawsuit Settlements to see if you may get awarded elsewhere!