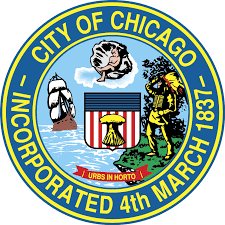 For those that were caught speeding in the City of Chicago and received 1 citation before being issued the determinations of liability, you may be eligible for a potential award from the City of Chicago Red Light Camera Class Action Lawsuit! According to the lawsuit, individuals that had a received a citation from speeding claim that the amount of time they had to respond was accelerated and that they only received 1 notice when there were supposed to be 2 notices before determinations of liabilities were to be issued. If you’re eligible, submit a claim form by December 11, 2017 to receive your potential award!

Does it feel like the time you have to respond to a speeding citation has been sped up? If so you may be eligible for a potential award from the City of Chicago Red Light Camera Class Action Lawsuit. According to the lawsuit, The City of Chicago had allegedly failed to send a 2nd notification to individuals that had received a red light speeding citation and accelerated the amount of time the motor vehicle owners had to respond. If you find yourself receiving only 1 notice before your amount of time to respond was accelerated you may be eligible for a potential award by December 11, 2017! Don’t forget to take a look at our full list of Class Action Lawsuit Settlements!