You are here: Home / Bank Guides / How Do Banks Work 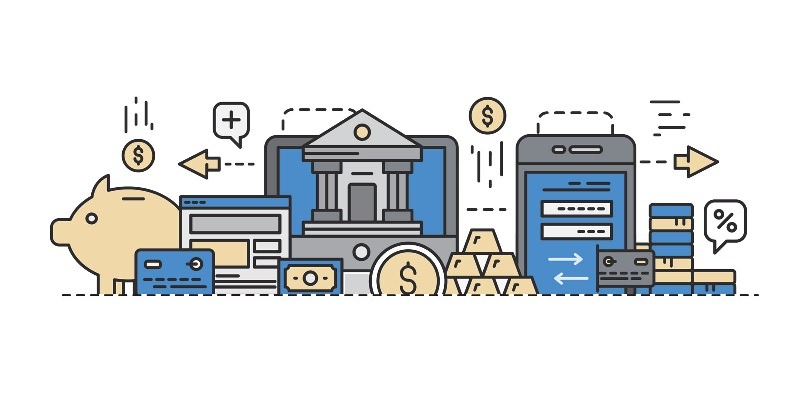 Banks are how we store our money, how we make loans, and more! It is a part of our everyday lives, but do we know how they actually work?

What happens next to the money you deposit? How does the bank even make money? Find out the answer to these questions.

What Does a Bank Actually Do?

Banks pay customers to deposit money with interest rates. They then lend the deposited money to other customers who would like to take loans. The person borrowing money will have to pay interest on their loan. The banks will take the interest as profit and use it to pay for maintenance costs.

Savings accounts are “non-transaction” accounts. This is because they are not used for everyday expenses. They are used more for storing money for a long-period of time.

Most banks may even charge a fee if your transactions (withdrawals and/or transfers) from a savings account is more than six times in a month. The fee is generally around $10. Some banks reserve the right to close a savings account if you have been penalized too often from frequent withdrawals.

Savings accounts do not:

People will generally agree to these terms, based on the fact that banks will pay monthly interest on your account balance in return for your deposit.

Checking accounts are “transaction accounts”. This is because they are typically used for everyday expenses. For example, a lot of checking accounts have a feature to automate bill pay directly from your account.

This is different compared to savings accounts because checking accounts do not pay interest. If they do, it would be less than that of a savings account. Additionally, there is no limit on withdrawals or deposits.

Checking accounts do not:

Check out the following banks:

Banks are FDIC (Federal Deposit Insurance Corporation) insured, meaning that in case of a bank failure, your money is protected. The coverage is typically up to $250,000 with the backing of the federal government.

Banks are always advertising free checking and savings accounts, so then how are they making money? Read on to find out.

How Do Banks Make Money?

Interest rates will vary from bank to bank, and also depends on the loan balance and what type of loan it is. For example, mortgages will usually have lower interest rates, while credit card generally charge a higher interest rate.

In general, banks will charge a higher interest rate on any type of loan or credit card than what they will pay on a savings account. This way, they will profit more. An example would be a 4% rate on mortgage, and a 1% rate on savings accounts.

Banks will also collect fees from their customers, such as non-sufficient funds (NSF) fees or ATM fees. There are even fees for accounts that do not meet the specified balance requirements.

Also, your bank will receive an “interchange fee” every time you swipe your debit or credit card. This can range from 1% to 3% of the transaction total.

Where Do Banks Keep Their Money?

Many movies showcase banks placing their money in giant vaults, but that is not how it works nowadays in the modern world.

Banks will have reserves that place a required percentage of their total deposits kept on hand. The purpose of this is to accommodate withdrawals that customers make. The required reserve amount will depend on how much money the bank has on deposit.

With the rest of the money, banks will use it for investments or sometimes keep accounts with other banks.

According to historical records, banks began in ancient Mesopotamia. Instead of accepting money, they accepted deposits and issued loans in the form of grains or seeds.

In the medieval period, banks began to distribute loans to those in the farming industry. This was because society revolved around agriculture.

However, it did not take off until the 1800’s when the Bank of England issued the very first banknotes. Customers would deposit their money and receive “notes” to confirm the bank had their cash.

In the 1930’s, the Great Depression caused thousands of banks to fail. This led to Congress creating the FDIC in 1934 to prevent future problems and restore faith in America’s banks.

Credit Unions are insured, but  not by FDIC. The National Credit Union Administration protects accounts at credit unions in case they fail.

What Makes a Bank a Bank?

All banks generally fall under the same rules and regulations. However, they may vary in tasks, such as checking and savings or more complex products.

Banks can differ by the agency that directly regulates it. There are four separate agencies that currently regulate the country’s banks:

If you would like to know which agency regulates your bank, you can check with the federal government.

It is a good idea to know how banks work in order to give you an advantage in financial planning. It helps you understand the system and how you may plan to go about having a bank account.

For more information on banking, check out our bank guides right here on HMB!

Related posts:
Four Best Places To Get a Money Order
Ally Bank vs CIT Bank: Which Is Better?
FSA Debit Cards vs. Bank Debit Cards: When to Use Each
What Happens After A Check Bounces?
More