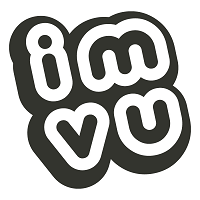 If you have purchased as least one audio product from IMVU after Sept. 21, 2008, and before Dec. 1, 2010. Then you are entitled to a refund from the IMVU Audio File Class Action Settlement. According to the lawsuit, IMVU was allegedly selling full-length auto files to customers for use in the company’s messaging application, but then they reduced their playback length to 20 seconds.

IMVU Inc. has agreed to settle a class-action lawsuit alleging it sold full-length audio files to customers for use in the company’s 3D messaging application, but then reduced the value of the audio files by reducing their playback length to 20 seconds. IMVU denies any of their wrongdoings and maintains that the file modifications were lawful, however, they agree to settle the class action lawsuit in order to avoid the cost and uncertainty of ongoing litigation. If you are eligible for a refund, you must file a claim no later than January 22, 2016.

If you were a previous consumer of IMVU who may have purchased audio files from the company between Sept. 21, 2008, and Dec. 1, 2010, then you might be entitled to a refund from the IMVU Class Action Lawsuit. The company was selling full audio tracks in which they later reduced the playback times to only 20 seconds. File a claim today to receive your refund. In addition, take a look at our full list of Class Action Lawsuit Settlements!