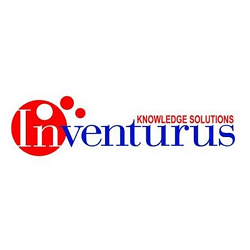 If you recently received a call from Inventurus between May 1, 2013 and Aug. 29, 2017 and noticed that the call was prerecorded or artificial you may be eligible for a potential award from the Inventurus Knowledge Solutions TCPA Class Action Lawsuit! According to the lawsuit, Inventurus contracts with businesses through a variety of different services, including making automatic calls to transmit messages to it’s clients’ customers. This practice violates the TCPA by using a prerecorded voice or artificial voice without getting consent from the affected individuals. Motorola have agreed to settle the class action lawsuit. If you’re eligible, submit a claim form by November 20, 2017!

Individuals that received a call from Inventurus without their consent about debt collection may be eligible for a potential award from the Inventurus Knowledge Solutions TCPA Class Action Lawsuit. According to the lawsuit, plaintiffs argue that Inventurus sent automatic calls to them using a prerecorded or artificial voice without consent, and claim that these calls violate the TCPA. Also not only did the calls leave recipients annoyed or frustrated but they are also forced to bear the costs of receiving these unsolicited and unauthorized prerecorded calls. If you by Inventurus calls, simply file a claim for a potential award by November 20, 2017! Don’t forget to take a look at our full list of Class Action Lawsuit Settlements!