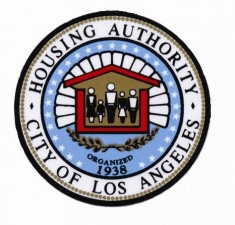 Individuals that were HACLA section 8 tenants between June 1, 2005 and Sept. 30, 2006 may be eligible for a potential award from the Los Angeles Housing Authority Class Action Lawsuit! According to the lawsuit, HACLA had failed to provide the required one year notice before they reduced the housing benefits for section 8 tenants. According to the plaintiffs, the notice was poor in explaining the benefit reduction that it violated the constitutional right of due process of the law and certain California state laws. The defendants deny the allegations but has agreed to settle the HACLA class action lawsuit in order to avoid the expense of ongoing litigation. If you’re eligible, submit a claim form by December 6, 2017!

Tenants of HACLA section 8 between June 1, 2005 and Sept. 30, 2006 may be eligible for a potential award from the Los Angeles Housing Authority Class Action Lawsuit. According to the lawsuit, the plaintiffs claim that the information provided to the section 8 recipients was not formal administrative notice and that the housing authority failed to notify recipients that their out of pocket payments would increase. If you had a Wells Fargo account opened without your permission or knowledge, simply file a claim for a potential award by December 6, 2017! Don’t forget to take a look at our full list of Class Action Lawsuit Settlements!