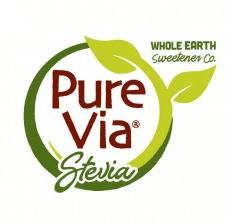 Pure Via Sweetener is offering up to $30 in order to settle a class action lawsuit claiming they deceptively marketed their Pure Via Natural Sweetener products. Consumers who have purchased Pure Via products may be eligible to receive a cash refund. Class members include anyone who purchased Pure Via sweetener in packet, spoonable jar, liquid, and baking blend forms for household use or personal consumption. There are four tiers of refunds that you can receive depending on the amount of products that you purchased. There is no proof of purchase required initially, but you may need to provide verification of your purchases at a later time.

Whole Earth Sweetener Company denies any and all wrongdoing or liability and has agreed to settle the class action lawsuit to avoid the expense and inconvenience of litigation. You must sign under penalty of perjury with information about where the purchase took place, the quantity purchased, and the approximate dates of purchase.  Submit your claim by February 10, 2015 to qualify for up to $30 with no proof of purchase. See our full list of Class Action Lawsuit Settlements today!