You are here: Home / Archives for Michael Kors Outlet Pricing 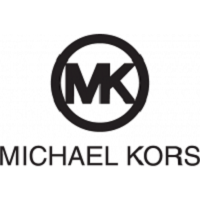 Have you ever shopped at a Michael Kors Outlet? If you have, then you obviously must have noticed that the price tags on the products stated “Manufacturer Suggested Retail Price.” The Michael Kors Class Action Lawsuit claimed that the merchandises were exclusively made for outlet stores however, the price tags led to consumers believing that the items were previously offered for sale at a Michael Kor Retail store. If you have purchased at least one items between the dates of July 25, 2010 and July 25, 2014 from a Michael Kors outlet, than you are entitiled for a potential award from the Michael Kors Class Action Settlement. Retailer Michael Kors maintains that its marketing and labeling is not deceptive or misleading and is entirely proper and permitted by law. However to avoid further expenses of further litigation, Michael Kohrs has agreed to pay out $4.8 Million dollars. If you are eligible, file a claim by 02/18/2016, to receive a portion of te $4.8 million dollar settlement.

Have you ever purchased merchandise from a Michael Kors Outlet? Well today just might be your lucky day then! You are eligible to recieve a potential award from the Michael Kors Class Action Lawsuit. Amount varies depending on the amount you spent at the outlet and if you have the receipt. If you are eligible, file a claim by filling out the claim form by 02/18/2016.  Also, take a look at our full list of Class Action Lawsuit Settlements!