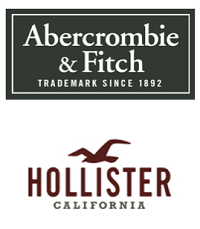 Are you a current/former employee of Abercrombie and/or Hollister between the dates of Feb. 26, 2012 to Sept. 30, 2014? Well if you were, then you could be eligible to receive a portion of the settlement fund in an amount based on the calculated eligible shifts they worked during the Class Period. The Abercrombie & Hollister Class Action Lawsuit claimed that the upscale clothing company did not provide their employees rest breaks and failed to reimburse them for their missed breaks. Also, Abercrombie and Hollister did not pay their workers final wages in a timely manner upon their termination and furthered engaged in unfair business practices.

According to the California labor laws, employers must be given a 10-minute break for every four hours of work. If this rest break is missed, the workers much receive a full one hour of pay at the regular hourly rate. The Abercrombie & Hollister class action settlement will reimburse 62,000 California employees for the wage that they owned to them unless they decide to opt-out of the settlement agreement. Abercrombie does not admit to any wrongdoing, but agreed to the settlement agreement, to avoid uncertainty and cost of further litigation.