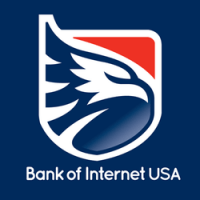 Available nationwide, you can earn a $50 cash bonus when you open a Rewards Checking account with Bank of Internet USA today! You must apply online for the checking account, and when you open the checking account you will receive no monthly maintenance fees, no monthly minimum balance, no overdraft fees, unlimited domestic ATM reimbursements, and earn up to 1.25% APY. This offer is only valid until September 31, 2016, so hurry and sign up for Bank of Internet USA to get started on your bonus!

How To Avoid Monthly Fees:

If you have a valid government ID, a valid US address, and  you are a U.S. citizen and resident aliens (18 years or older), then Bank of Internet USA bonus is available for you! Remember this is a internet bank, so you must apply for the checking and bonus online. If you complete the requirements, the $50 bonus will be credited to your account 90 days after account opening. If you qualify, hurry into your local Bank of Internet and get started on your bonus today! If not, see our complete list of Bank Deals for all your banking needs!