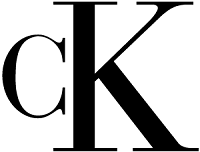 Have you ever applied at a Van Heusen, Izod, G.H. Bass, and Calvin Klein retail store or warehouse between April 3, 2010, and May 11, 2015? If so, then you may be eligible to receive a potential award from the Calvin Klein Class Action Settlement. This settlement has been proposed in a class action lawsuit regarding that the company violated the rights of individuals that were applying for jobs at their retailers by obtaining background checks without complying with the federal law. Although PVH Corp does not admit to any wrongdoings, they have agreed to this class action settlement in order to avoid cost and risk of going into trial. If you are eligible for this class action lawsuit, then you should automatically receive a reward.