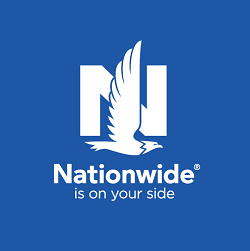 Nationwide Insurance customers that live in Pennsylvania and have an antitheft device in their cars may be eligible for an insurance reimbursement from the Nationwide Antitheft Device Class Action Lawsuit. This lawsuit resolves claims that Nationwide Insurance and its partners/branches failed to give certain car insurance policyholders a discount for having antitheft devices featured in their cars. Even though Nationwide’s records indicated that a customer had an antitheft device, the company did not provide a discount as advertised. Nationwide denies all wrongdoing in this antitheft class action lawsuit, but has agreed to a class action settlement to avoid further court costs and the uncertainty of continued litigation.

If you are a Pennsylvania resident and you know that you have not received a discount from Nationwide Insurance for having an antitheft device in your car, you are entitled to a reimbursement from the Nationwide Antitheft Device Class Action Lawsuit. If you are a current Nationwide customer, you should automatically receive your award; if not, you need to file your claim by 9/30/2015 to be eligible for your award. Find more Class Action Lawsuits from our full list!