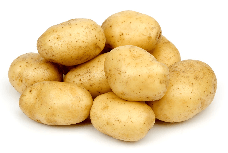 If you purchased fresh potatoes from a retailer in Arizona, California, Florida, Iowa, Kansas, Massachusetts, Michigan, Minnesota, Nevada, New York, North Carolina, Tennessee, Vermont or Wisconsin between Oct. 14, 2004 and April 10, 2015, you may be entitled to a $5 reward from the Potato Antitrust Class Action Lawsuit. This settlement resolves a lawsuit alleging that the potato industry caused consumers to pay more for fresh potatoes through price-fixing. The defendants are accused of working together to reduce the supply of potatoes with the goal of raising the prices, violating federal antitrust laws. As a result of this conspiracy, consumers may have paid artificially inflated prices for fresh potatoes.

Potato consumers in the aforementioned states can get a $5 cash award from the Potato Antitrust Class Action Lawsuit. If you think you have been affected by these charges, just fill out the claim form and wait for your settlement. There is no proof of purchase required and the deadline is 10/16/2015. Find out if you qualify for more Class Action Lawsuit Settlements.