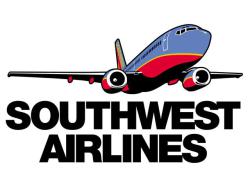 Southwest Airlines is offering $25 to $200 to qualifying customers who used a credit or debit card to make an individual purchase or transaction at a Southwest airport ticket counter or cargo counter between 2007 and 2013. All you need to do to receive this settlement is fill out the claim form by February 5, 2014. This decision came from a class action settlement that accused Southwest Airlines of violating the Fair and Accurate Credit Transactions Act (FACTA) by printing the expiration date on their customer’s credit or debit card receipts. Southwest has denied the allegations but agreed to offer a cash award to consumers under a class action lawsuit settlement.

If you made a non-business related credit or debit card purchase or transaction at a Southwest Airlines Co. airport ticket counter between October 17, 2007 and October 30, 2012 or a cargo counter between October 17, 2007 and January 25, 2013 and received a printed receipt, you may be entitled to benefits as part of a class action settlement. However, the form itself does not require you to have a receipt or debit/credit card available, so do not worry if you’ve lost either of these things. Keep in mind that you may make only 1 claim regardless of the number of purchases that you made between 2007 and 2013.

How Much is the Settlement?

Southwest Airlines Co. has agreed to create a settlement fund of $1,800,000 which, after fees and costs are deducted, will be divided equally among all class members who submit a valid claim form by February 5, 2014. The expected settlement cost per member who submits a valid claim form is estimated between $25 and $200. The actual amount paid out will depend on the number of claims that are filed.

Sign up by February 5, 2014 to file your settlement claim with Southwest Airlines for $25 to $200! If you made a non-business related credit or debit card purchase or transaction with Southwest between 2007 and 2012 and received a printed receipt, you may be entitled to a claim! If you qualify but have lost your receipt or credit card, don’t worry because you do not need proof of purchase to file a claim. Check out our full list of class action lawsuits and see if you qualify for any other settlements!