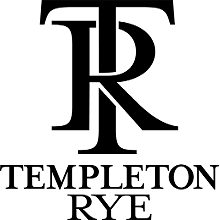 If you purchased Templeton Rye Whiskey between 1/2/2006 and 7/21/2015, you are entitled to up to $36 from the Templeton Rye Whiskey Class Action Lawsuit. This settlement resolves a lawsuit accusing the company of engaging in deceptive marketing by failing to adequately disclose that its rye whiskey product was distilled in the state of Indiana. According to the plaintiffs, the product was marketed as “small batch” and “made in Iowa” even though it was actually distilled in Indiana. As a result of this class action lawsuit, the defendant has also agreed to modify its labeling and website to remove the phrases “Small Batch” and “Prohibition-Era Recipe.” It will also modify the back panel of the Templeton Rye whiskey label to disclose that the product is distilled in Indiana. Templeton denies any wrongdoing but has agreed to settle the matter outside of court.

If you have purchased any Templeton Rye Whiskey products, you deserve to be reimbursed by the Templeton Rye Whiskey Class Action Lawsuit. Unfortunately, the company made false claims about where the product was distilled, so they are making a marketing and labeling change to the whiskey and paying class members up to $36 for valid claims. You can find even more Class Action Lawsuit Settlements from the HMB list.