You are here: Home / Bank Guides / What Is Compound Interest? 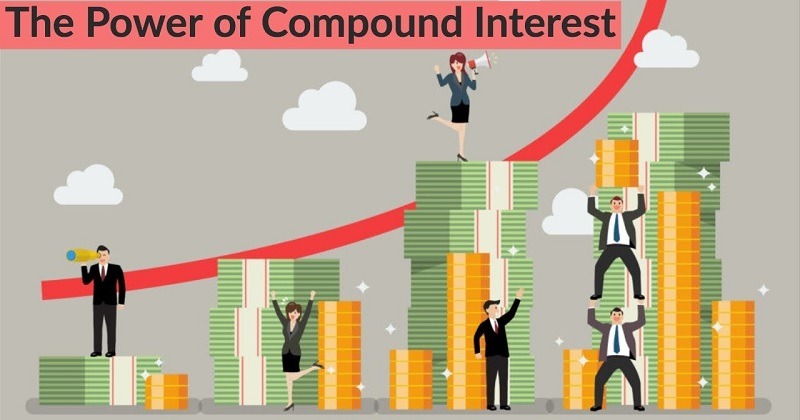 Humans first encountered the ideas of compounding, the accumulation of small amounts consistently over a period of time, actually came from nature.

When humans first started settling in one spot and storing food in large quantities, mice would get into those food supplies. Once in the supplies, they would start multiplying. The same idea can be used to explain Compound Interest.

Compound Interest revolves around you putting a certain amount of your earnings into a bank account that will accumulate interest over time. You’re pretty much making money just by having money in a bank account. Although this way of making money seems simple, there are a couple of obstacles.

Human nature is the source of many problems, especially when you’re trying to leave money untouched in a bank account. Also, human nature can persuade people to try and invest in risky ventures which could result in a large capital loss. Over saturated markets can also decrease the earning rates banks are willing to pay.

If you’re planning on opening a savings account, consider the possibility of taking advantage of Compound Interest! As long as you start saving early, enrolling in a bank that has high earning rates can ensure that your future is taken care of.

Retirement is an inevitable event that we must come to peace with, but it doesn’t have to be stressful or dull if you take advantage of this strategy early. If this information interests you, check out our Best Business Bank Bonuses and Best Bank Savings Rates to make the most out of your bank account. Take a look at our list of Credit Card Bonuses here on HMB!

Related posts:
Ways to Get the Most Out of Your Bank - Great Tips To Know
The Best Banks for Side Hustlers
FNBO Direct Routing Number - Wire Transfer, Direct Deposit
What Are PNC Bank’s Hours?
More